LOVE.LIVE.GIVE – The People Behind the Quotes

Friendship Circle touches the lives of everyone involved. The program has the ability to shape lives, not only for our participants, ranging from children to young adults, but also our teen and adult volunteers, families, and other supporters. You’ve read about them in the #LoveLiveGive campaign, now get to know them better. 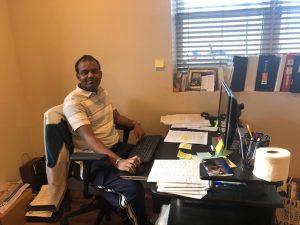 Senthil is a 21-year-old adult participant living in Marlboro—he joined Friendship Circle in 2014.

During his time with the group, Senthil’s accomplishments have been vast and impressive. He was named Most Improved Athlete in 2012 for his participation in spring track. Additionally, he was named Student of the Month in February 2014 at Marlboro High School, given the Most Likely to Brighten Your Day award in 2015, and received the Physical Education Department Award in June 2015.

But before Friendship Circle, things were different for Senthil.

Despite being friendly and kind, school was a difficult and lonely time for Senthil. He didn’t have many friends to talk to and was often stressed out by schoolwork. As a result, he became quiet, introverted, and kept to himself. All of that changed when he came to Friendship Circle. Once he joined the group, he had the opportunity to meet a lot of new people with similar interests, and he made fast friends with many of the other participants and the volunteers. Because of the positive outlet Friendship Circle offered, his anxiety lowered and he found himself worrying a lot less. The accolades he earned following his entrance into the program speak volumes about how much he was able to grow. ‘The unconditional acceptance Senthil receives from the volunteers transforms him. He opened up and came out of his shell. The volunteers are also from his school, that helped a lot,’ says his father Mani Muthiah. 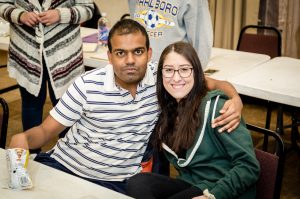 Senthil began to work for Friendship Circle in November 2018 as a data entry clerk. He is a huge asset to the staff and ensures that all records are up to date. He is also employed by the Freehold Township construction department.

“Friendship Circle is life-changing because I got to meet so many friends. My life before wasn’t anywhere near as good as it is now. I feel amazing having all these friends: mostly the staff and volunteers, and also some participants,” says Senthil.

Hi, my name is Skylar Kohn. I am 16 years old, and I live in Marlboro, New 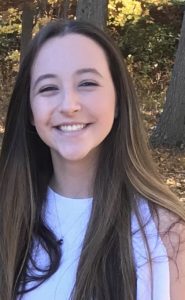 Jersey. I joined Friendship Circle four years ago through the MVP program. This program gives teenagers who are still in middle school the opportunity to learn how to work with the members of Friendship Circle. I immediately felt passionate about its mission. Though I have participated in other programs, I have mostly been involved in Sport and Swim. For the past two years, I have been paired with my buddy named Kyle. I have learned his triggers, what he enjoys, and ultimately what makes him happy, despite the fact that he is not able fully express everything verbally.

Being a member of Friendship Circle has benefited me more than I could have ever expected. Through Friendship Circle, I have learned patience and acceptance, as well as leadership. It has been a learning experience, and I personally feel it has made me grow as a person. But, the biggest impact that Friendship Circle has had on my life has been my friendships and connections with its members. Understanding them and what makes them happy brings me the same joy. I appreciate every moment I have spent volunteering at Friendship Circle, and hope that I can continue my efforts to help my community and my buddies through this amazing organization.” 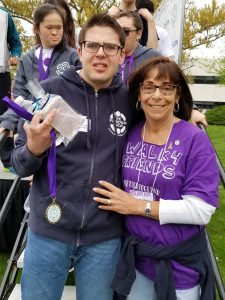 Josh Goldberg of Morganville is a familiar face at Friendship Circle. He will kick of January 2019 by celebrating his 20th birthday, and he’s been a participant in Friendship Circle since he was 6 years old.

At that time, Randi was looking for resources for Josh. He was doing Special Strides and other programs, but he continued to express behavioral issues that were extremely challenging. She knew early intervention would be key in helping him make positive progress. She contacted Chanale, and to this day Randi still remembers the moment Chanale knocked on her door to discuss options for Josh. Shortly after that meeting, Josh became one of the first participants of Friendship Circle.

Before long, it was a family project. Randi’s other sons, Robert, now 23, along with Josh’s twin brother Michael, both became teen volunteers. Robert was the very first volunteer in the now popular Bar Mitzvah Project (MVP). Through his efforts in the program, he successfully raised $1,800 for the group. Since then, the family has worked together to continue helping the project and they have contributed a great deal of time and energy toward fundraising for events such as Walk4Friends. 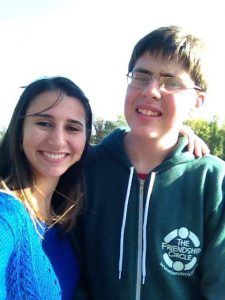 For Josh and his family, this was a time of building great friendships and relationships with other members of the Friendship Circle. Amanda Rubin, now 24, started the program when she was 14 and immediately befriended Josh, who still calls her “his girlfriend” and remains close with her and her family. Amanda Lawrence and her family were also his buddies, as well as Biala’s family, who were part of the very beginning of Friendship Circle. They continue to keep in touch with Karen, who now lives in Israel, and Ori, as well as their parents. 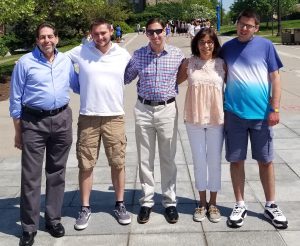 These bonds goes deeper than simple friendship, and the other families have been a tremendous source of support to each other through some very hard times. Randi battled cancer twice in the past 10 years, and during that time her FC family was there for her, bringing her meals and helping to care for her and her children.

As for Josh, he’s another Friendship Circle success story. Now a young adult, he’s extremely active in sports and fitness; he loves basketball and enjoys going for workouts at the gym. He also takes yoga and cross-fit classes and regularly attends bootcamp with his mother Randi.

Emma, an 9-year-old participant from Monroe, NJ, joined Friendship Circle two and a half years ago. 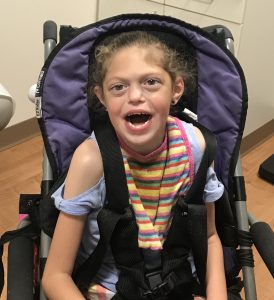 Before Emma became a participant, her mother Shari Weissman was already somewhat familiar with Friendship Circle—her cousin’s son, who has autism, was in the Livingston, NJ group. Shari consulted Google to see if there was a Friendship Circle in her area and found the location in Manalapan.

According to Shari, ‘Emma goes to the Sunday program from 2-5, and gives the family a break every Sunday. Everyone is so warm and friendly there. Emma gets very excited to go every week. She received a specialized bicycle from one of the Friendship Circle donors (Jerry Marks—see his story below), which she loves, because she has a similar bike at school. Emma likes walking around and being amongst people.’

In addition to Emma benefiting from the programs Friendship Circle has to offer, Emma’s family is able to use her time there as an opportunity to relax, knowing that she’s in a safe and supportive environment. Caregiver stress is a very real issue, and it’s so important for families who have children with special needs to step away for a little while and recharge. Some “off” time for the family means better care and support for the child. It’s also an excellent way to begin to impart the idea of independence. For Emma and her family, participating in Friendship Circle is a recipe for success.

“Sunday’s at Friendship Circle is a highlight of her week,” adds Shari. 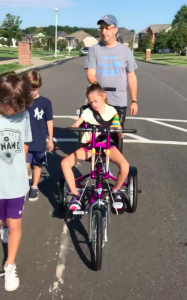 Jerry Marks, from Holmdel, has fond and indelible memories of his experience with Friendship Circle, starting from its early days.

“I was going with Rabbi Chazanow to look at something 12 years ago, and he was telling me about Friendship Circle. He said, ‘Jerry, I know what we were trying to do when we started this organization, we wanted to help the children that are isolated, but much to my surprise, the teen volunteers get so much from the program. They develop wonderful feelings of helping and it deeply opens their neshama (soul) to helping emotionally and physically challenged children who would otherwise not have these opportunities.’

He shared that he is passing the running of the org to Chana’le, who Jerry knows since she was a baby.  From that point on, we supported the efforts of Friendship Circle. Chanale told him about specialized bicycles for kids with special needs. Jerry 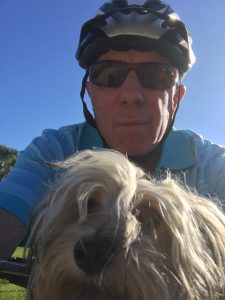 watched a video of a girl on one of these bicycles and her smile from ear to ear and that child wasn’t isolated. ‘It captured my heart.’ This was 5 years ago. FC needed a place to run a bike camp and Jay, Jerry’s stepson, provided The Tab Ramos Sports Center in Aberdeen to run the camp. His son Even (Jerry’s grandson), who was 17 years old at the time was one of the volunteers. He formed a very strong bond with one of the participant.  Friendship Circle is a Family affair!

“I love to ride a bicycle and I have a basket in front, I put my dog in it. I know what a joy it is to ride a bike, and if I can do anything to free children from physical and emotional isolation that’s what I love to do.

When you support the FC you don’t give you receive!

My wife and I are so blessed with our family and grandchildren, we are so grateful to Hashem for what he has given us we just want to give back whatever we can.” 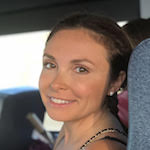 I started volunteering with the Friendship Circle in July of 2018 because of a desire to contribute to my community. The Friendship Circle has a beautiful mission of inclusivity and using our unique gifts to give to others, and being a part of it is immensely fulfilling. My 12-year-old son has also become involved through the MVP program, and will soon be volunteering every Sunday. I’m excited to assist in growing the many programs of the Friendship Circle, and I can’t think of a better way to use my time than serving others through this amazing organization!