Friends to the Finish Line

Sam Goto is aptly named—for several years now, Sam has been the ‘go-to’ for many people involved in Friendship Circle of Central Jersey. He’s the FC alumni who still keeps in close contact with the former volunteers who started out as his program buddies and grew into lifelong friends. He’s the person who loaned his voice to a non-verbal boy while volunteering his own time, singing the child’s favorite songs without missing a beat. Sam is one of the many young adults who has benefited from Friendship Circle since it was founded in 2001. Since then, Friendship Circle, located in Manalapan, NJ, has been helping to foster friendships and create opportunities for children and young adults like Sam in Monmouth, Middlesex and Ocean counties. And for a shining example of what Friendship Circle can and does accomplish, Sam’s story is the perfect go-to. 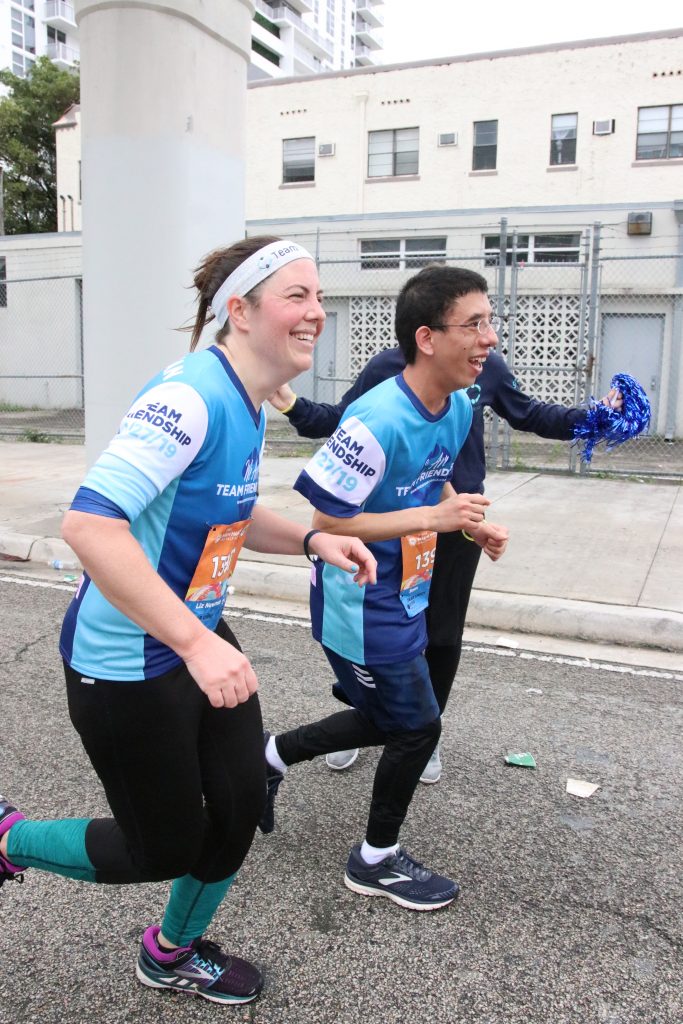 Recently, Sam and his family were able to look back on his long history with Friendship Circle as he raced on Team Friendship in the Miami Marathon. During the race, Sam got to enjoy what he loves: good times surrounded by friends and family—something that Friendship Circle gave him when he needed it most.

Sam was born with Koolen de Vries syndrome—a diagnosis that comes with some challenges, but also some blessings. Koolen de Vries children are, above all else, extremely friendly, happy, and positive. Because of these attributes, they thrive in social situations. However, it’s often hard for children to respect the differences of others, and because of this socialization is not always easy to come by for people like Sam. That’s why when another parent suggested Friendship Circle to Sam’s family it seemed like the perfect solution.

“Sam finally heard the unspoken words he craved to hear,” says his mother, Stacy, “not just one friend, but an entire circle of friends!”

Sam spent the next eight years partnering with new friends—volunteers in the program who would arrive to spend time with Sam once a week and give him the friendship he’d been craving. And it didn’t stop there; as time went on, Sam kept in close contact with several of the volunteers as they all grew into young adulthood. The foundation of their friendship wasn’t built on obligation, it was based on true understanding. Like any other friendships, Sam got to know the volunteers and they got to know him—they were there for each other, which turned their twice weekly playdates into something much more valuable and long-lasting. 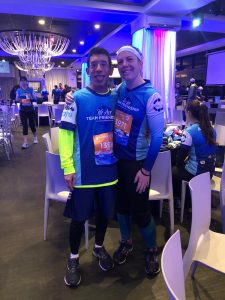 The celebration in Miami mirrored Sam’s early experience—everyone was dying to meet him! On the eve of the race, Sam took the spotlight during dinner, where everyone had the chance to see “Sam’s Story” firsthand. The evening culminated in dancing that lasted well into the evening where Sam was placed in a chair and lifted, supported and celebrated by many hands—an apt metaphor for his early years in Friendship Circle. The following day, Sam stood at the starting line with Liz Newman, a member of Friendship Circle’s staff, by his side. Liz was an integral part of Sam’s participation in the race–not only did she help him to train for the big day, she was right there running alongside him every step of the way. 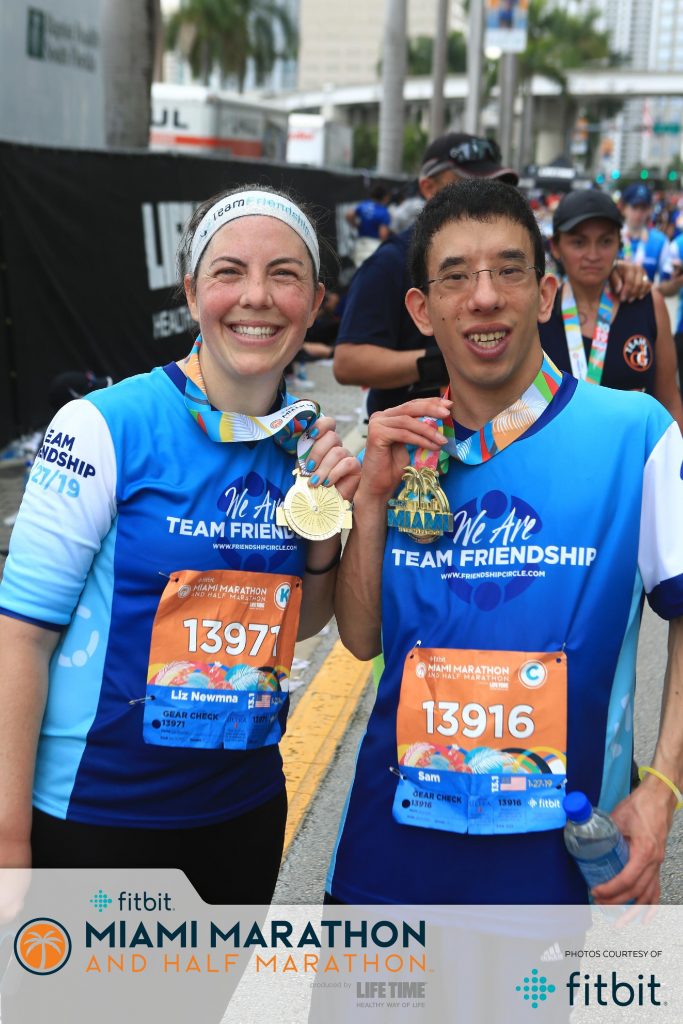 Because his own participation in Friendship Circle was so successful, Sam wanted to give back, and the Friendship Circle staff not only recognized his desire to help, they nurtured it. Staff member Liz Newman contacted Sam’s family to suggest that Sam fill out the application to become one of the presidents on the teen leadership board; she could see that he would be great at the job, which entailed regular meetings to help plan and organize Friendship Circle programs and events. Sam is a good planner, very organized, and would do anything to help the Friendship Circle, and he jumped at the chance. He was accepted into the leadership board with open arms and admirably lived up to Liz’s expectations. In this role, Sam took on a new position as the official “Friendship Circle Nudger” making calls, sending reminder texts to other volunteers, and papering the town with news of upcoming events. Sam took the initiative to contact former volunteers for new and fresh ideas, and he never misses a chance to share an FC post on Facebook. And his efforts were well-rewarded. When he crossed the 11th mile of the marathon with Liz by his side, his circle of friends was right there to cheer him on.

In short, Sam is a wonderful example of the power of friendship, not only for himself and his family, but also for Friendship Circle and the hope they spread each and every day. This is not merely a volunteer job or buddy program, it’s an opportunity to forge deeper bonds and for everyone, participants and volunteers alike, to benefit from all the gifts true friendships bring: support, care, and an undeniable feeling of self-worth and belonging.

Also check out Sam and Liz being featured in an article by Fox News:

In a world dominated by technology, empathy is becoming a lost art. That’s why THIS program matters so much. Read full article in Fox News 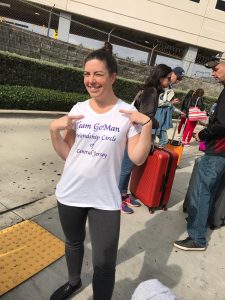 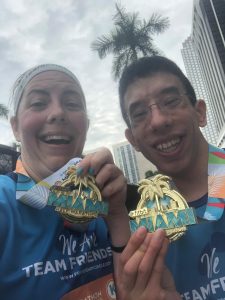 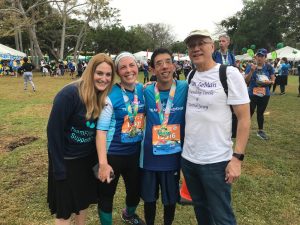